Riverside and San Bernardino counties have the lowest pay among the 50 largest U.S. counties. Yes, the bottom of the ladder. With Labor Day in mind, not to mention the grand debate about affordable housing in Southern California, I loaded my trusty spreadsheet with some of my favorite employment data from federal job counters. My rankings from those stats — culled from employment records vs. polling of bosses and workers — revealed the Inland Empire’s pay gap.

And the shortfall also could be an opportunity for our coastal counties. Let me walk you through the numbers.

In 2019’s first quarter — the freshest edition of this data — Riverside County bosses paid an average weekly wage of $927. That was dead last among major employment centers, the 50 U.S. counties with the largest number of workers. The good news is Riverside County wages were up 4.2% in a year, the eighth-best increase among those big counties.

Yes, employers in Riverside County are hiring: 17,600 new jobs in a year — 2.4% growth that was ninth-best among the top 50. This hiring brought the countywide job count to 752,300 workers, making the county the nation’s 26th-biggest employment market.

The Inland Empire’s low pay — roughly one-third less than coastal counties — can be tied partly to its role as the warehouse and distribution hub for the region’s manufacturers and shippers. Yes, logistics jobs are a fast-growing niche, but let’s politely say it’s grueling and modestly paid work.

Plus Riverside and San Bernardino counties serve as bedroom communities for the coastal towns that have better-paying jobs and very pricey housing. So the Inland Empire needs plenty of service workers to support the daily lives of commuting families.

Lower pay to the east helps explain why housing is cheaper inland. Those relative bargains also attract coastal workers seeking more affordable residences. Not only does that migration challenge the finances of Inland Empire workers; it also helps explain why freeways are jammed with commuters.

This east-west wage gap could be a marketing plus for SoCal. Having an employer relocate from a coastal town to the Inland Empire is a win for California compared with an out-of-state move.

You see, inland housing is considered affordable on many scales.

The median selling price of a single-family home in Riverside and San Bernardino counties was $380,000 in the second quarter, according to the National Association of Realtors.

But inland housing also scores fairly well on the national rankings. It’s only 36% above the U.S. median. Affordable places such as Portland, Oregon; Reno, Nevada; Miami; Austin, Texas; and Salt Lake City are all priced within 10%, plus or minus, of the Inland Empire. 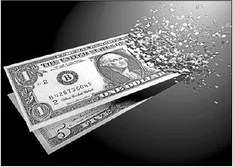